I am interested in dance ever since I learned how to walk, but I seriously got into it when I first saw Electric Boogaloo and Bboying in 1983. Without any knowledge of the terminology of the styles or its vocabulary we tried to imitate robots, or tried to spin on our backs and heads. I saw those moves first from Michael Geerdts, a skateboarding friend from my old neighborhood. Then I saw the prieviews of „Flashdance“ on TV, videos like „Buffalo Gals“. From that moment on I cought on to it so much, that it changed my life completely. By 1984 came the big media hype and our group gained a reputation. So we got signed by some agency, which toured us in northern germany in association with the biggest german Popmagazine called „Bravo“. Soon the „Breakdancefashion“ died out. Only a few persistant enthusiasts who wanted to develope Bboying further continued and started searching for other dancers that remained. From the year 1985 on there wasn´t any new information coming through from the US, so we developed further on new concepts and vocab along with dancers from France, Italy, England and Scandinavia. Luckily my younger brother, known as „Speedy“ started practicing in 1985 and soon became my Trainings partner.

One day I did the worldrecord in „windmills“ for the guinness book of records. On that day I met „Swiftrock“for the first time. Soon after he started doing shows with my popping partner „Nick“ and me as „Unique Rockers“. Then came a time when I almost focussed only on B-boying. From 1987 on, a couple of Bboys including myself, bought monthly railwaytickets which were called „Trampertickets“, and travelled across the country to make more contact with other HipHoppers. This ticket enabled us to take any train we wanted at any time for one month, as long as it was within Germany. We lived in trains. HipHop jams started to appear all over the country because due to the „tramper ticket“ it was affordable for the organizers to invite artists from all states and cities. We explored further step by step. A strong european B-boy community came to existance by 1991.

Our Crew „Battle Squad“ was a multinational group. With „Emilio“ and „Maurizio“ the undisputed most known B-boys of Italy at that time, and my partner „Swiftrock“ we won the first „Battle of the year“ in Hannover/ Germany. The „Battle of the year“ is todays biggest B-boycompetition worldwide.

(The other main crews and names at that time were: (UK) „Second to none“ and „Awayz rocin tuf“ for B-boying and „Danny Francis“ and „Bebop“ for Popping. The best Lockers in Europe were without a doubt „Anthony“, „Mark and Pat“ and „Warren“ from London, who tought „Out of Control“ from Denmark. From there they spread the style across Europe. (Sweden) „Damon Frost“, better known as the „Rubberbandman“ moved from California to Stockholm and had the biggest impact on europes Popping and waving! The most known Bboycrew in Scandinavia was „Throwdown Breakers“ from Stockholm. In Switzerland, you had the crew „Jazzy Rockers“. Belgium had the „Dynamic Rockers“.

The most known crew in France was „Aktuel Force“. These groups kept bboying alive over a period where everybody else said it was out of fashion. After the opening of the iron curtain, there was only one crew that really represented Bboying for eastern europe at that time: „Enemy Squad“ from Hungary. Other well known groups in Germany were: „TDB“, „Rockin Force“, or „Fresh Force“. Also of course there were a couple of soloists like „Sonny Tee“ from Hamburg or Steve from Bensheim. To mention everyone would be too much in this consense, but the people I mentioned still represent B-boying today and could be used as references for that matter.

We won the „Battle of the year“ in 1991. Directly after, we went to New York, to see and find out who was left across the atlantic.

On our first days in NYC we bumped into „Klown“ and his „United street artists“ along with „Kwikstep“, the only active bboy in NYC at that time. „Kwikstep“ introduced me to a lot of well known people of todays danceworld, and so I am very happy to say that we probably played a big role in the resurrection of the Bboy culture across the world, because after meeting them, a lot of them started practicing again.

A year later, „Swiftrock“ and me, as a two man group won the second „Battle of the year“ in 1992 against the „Rock steady family“. This crew was an „Allstarteam“ made out of „Second to none and Awayz rocin tuf“ from England and „Maurizio“ from Italy. 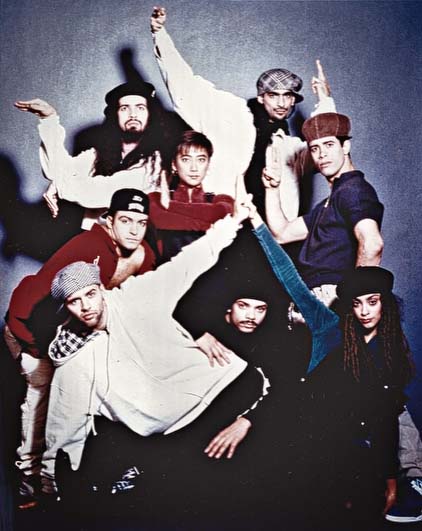 In September „Swiftrock“ and me went to NYC again and „Mr. Wiggles“ asked me to stay in NYC for a couple of months to built on a show with „Ghettoriginal Productions“ which was later on known as „Jam on the groove“. That’s when I really got interested in Popping and locking again. So I trained up in the Bronx with „Wiggles“ or worked on routines with „Adesola“. I toured with the show from 1993 until 1995. During the months of Rehearsals in the big apple, I mainly made my money by dancing in the streets with „Klown“, „R.O.B“. or the „Breeze Team“. My money situation changed by 1994, because I started working as a TV Host as well. The music channel „Viva“ was born, and they needed a „HipHop Show“. We created the magazine „Freestyle“ which was on air for 2 years. I sometimes gave „Bboy“ and „Popping“ lessons and demos or I invited dancecrews, that performed in the studio. For the first time in my life I didn’t have to worry about money and I could focus completely on what I really wanted to do: Develope my style and establish it. Ever since we went on a theatre stage with „Ghettoriginal“ I realised, that theatre would be the best way to express myself fully and truly. The only people that are interested in seeing what performing arts are really about, would go to a theatre. All the other shows are more about demonstrating the flashy moves and the most spectacular stunts.

That was not what I was training so hard for in all those years. My time in New York was filled with rehearsals and all day dance sessions with „Mr Wiggles“, „Adesola“ and also very important to mention „Float“ and the „Incredible Breakers“ who became a very big influence in my way of dancing. I stopped touring with „Ghettoriginal“ when I realised I herniated a disc in my upper spine. Fortunately I didn’t need surgery. I decided to cut down on acrobatics and go more into the esthetical, rhythmical and conceptual aspects of the dances. 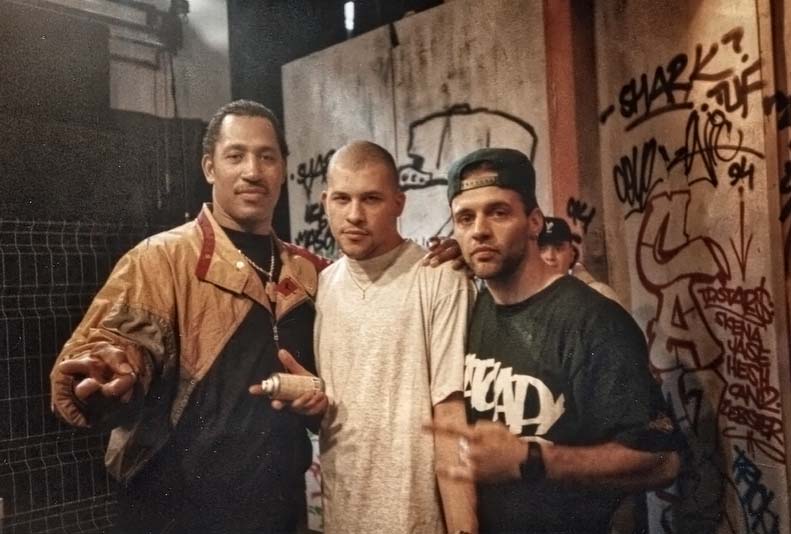 By 1996 I formed the „Storm and Jazzy Project“ with my former wife „Jazzy“ and „Vartan“ and „Amigo“ from the crew „Flying steps“. One of my biggest concerns always was the support of the upcoming generations and how to secure the future of our artforms by finding some „multiplyers“ that are willing to spread our dances and its true philosophy. So I started coaching the most talented people in Berlin. I am proud to say that „Flying steps“ are one of the successful products of that time. 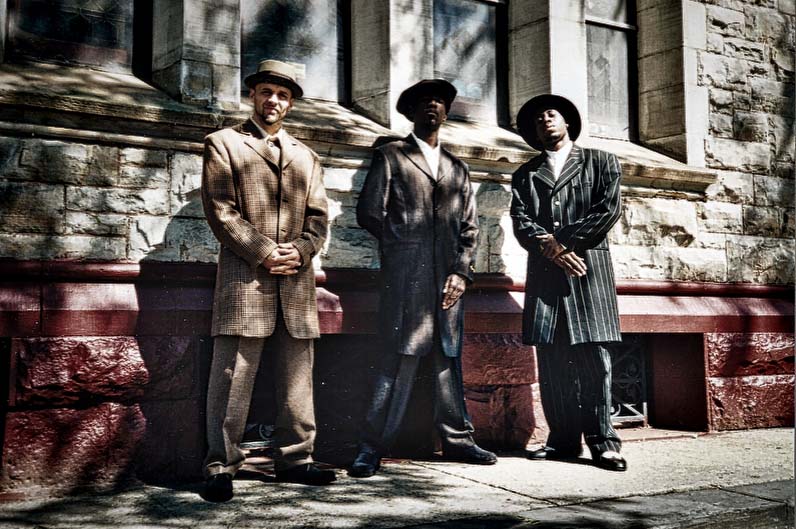 In 1997 HipHop Theatre started really to kick off in France and we performed both of our Creations „Funky town“ and „Dynamite“ plenty of times within the next couple of years. On a festival in Lyon in january 1997 I met Dirk Korell and Yacine Damblard from the association „Moov N Aktion“. At first they just helped us out by correcting our french contracts, but we collaborated more and more until they almost did all the administration and applied for Projects we did together. The first Creation we cooperated on was „Men at work“ in 1999. A Duo of Karl „Kane“ Libanus and me. The year 2000 was a very significant year for me. In January I released a book called „from Swipe to Storm“ which reads through the History of Bboying in Germany and which took me 4 years to write. One Highlight of the year was the Expo 2000 which took place in Hannover/ Germany. I choreographed the Openingdanceshow called „Xpose yoself“. 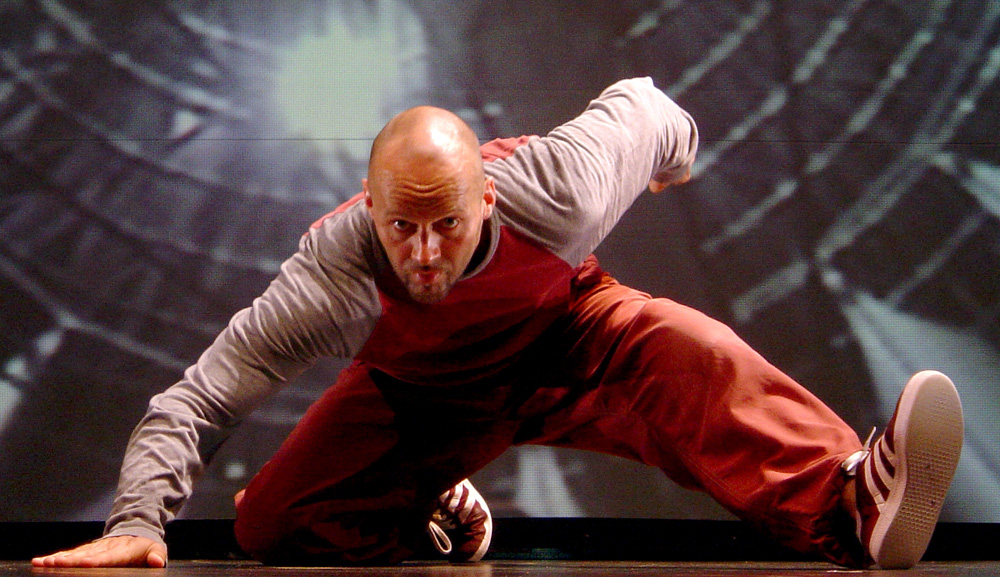 I also created my first Solo called „Solo for two“. With this dancepiece, which is a little hommage to my hometown Berlin I travelled the world. It´s also my first Creation with a Video backdrop. A big part of the whole concept is to dance and act interactively with everything that is happening on the screen, where every single picture is filmed in „Berlin“. The video was edited by „Leshstyle“ productions. The head of that company was „Hermann Haag“, also an ex member of Flying steps. „Hermann“ is also responsable for the videoart in the two following Creations. 1. „Slippin and Sliding“ which was created in 2003 and 2. „the art of urban dance“ which toured from 2004 until 2007. 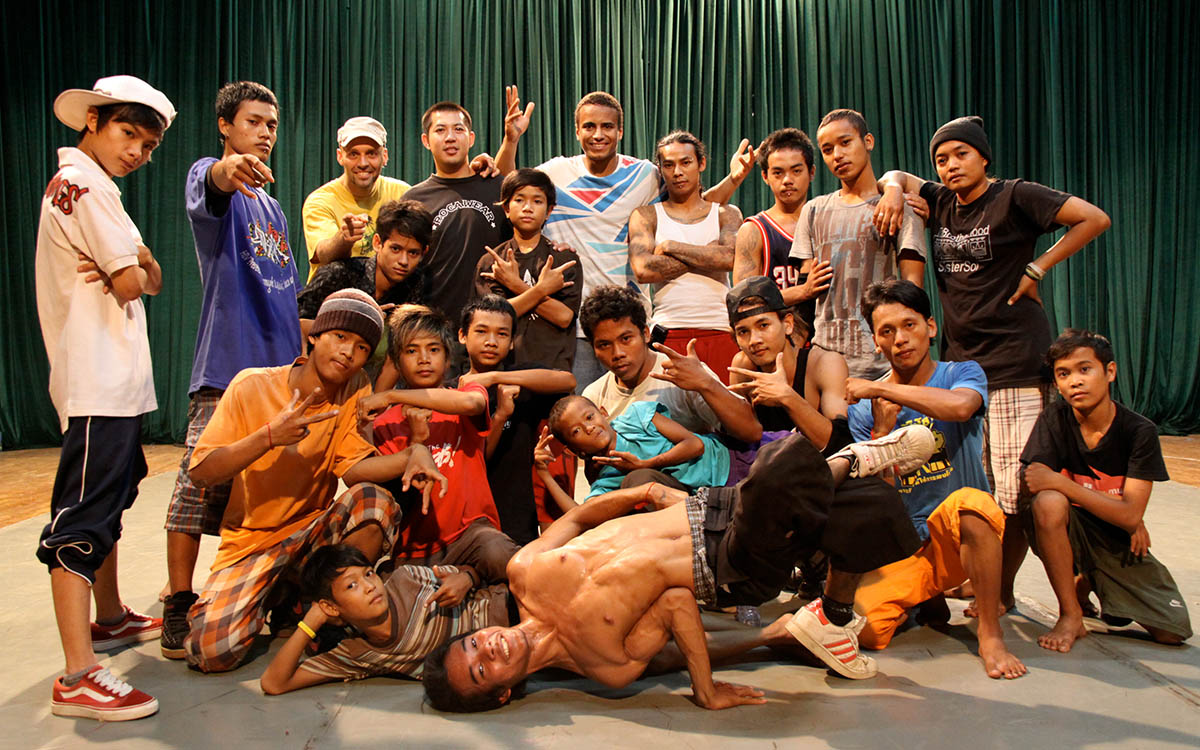 The realisation of this creation also shows that I got involved a lot more internationally in teaching and representing urban art at Congresses and theatremeetings. I developed a dance education based on non-dual teaching and travel from content to continent as a Hip-Hop ambassador.

In 2015 I love dancing more than ever.
I represent urban culture worldwide by teaching and also judging a lot at dance contests. „Dessau Dancers“ a movie about the Breakdance era in the GDR of 84 will come out this year. Currently I am working on two books, on a judging format for the B-boy world series, on a new piece with the worktable „Poetics of space“ after the book by Bachelard and write articles for several institutions.